Snowflake is one of the world’s premier data warehouses and leading SaaS companies in the field of storage. For the many that use Snowflake to store sensitive information, it’s paramount to engage with it according to defined security guidelines in order to detect risky events, prevent as many threats as possible and react to security incidents in the best way possible.

In the following post, I’m going to provide an overview of Snowflake Security and its features as well as a practical guide for using them to their full potential. If interested, I also wrote a similar  Redshift security guide and a BigQuery security guide.

Here’s what we’re going to cover:

Snowflake provides out-of-the-box network access control via “network policies”, allowing users to restrict account access to specific IP addresses. The level of granularity can be account-level and user-specific (bear in mind that user settings take precedence when you assign policies for both). You can set lists of IPs or subnets, using CIDR (for example 1.2.3.0/24 to add the entire Class C of 1.2.3.0-1.2.3.255) to be allowed according to a network policy, as well as IPs to be blocked.

Network policies per account or per user can either be set from the Web UI or by running SQL commands. In the following example, Ben, our data security engineer, wants to set a new network policy to grant U.S.-based employees access to Snowflake from their office, excluding the guest network:

Since Snowflake’s granularity can apply to either the whole account or for specific users, an onboarding script can be used to automatically apply relevant policies to users. Note that network policies currently only support IPv4 addresses (meaning that IPv6 is currently excluded).

While managing access for enterprises often begins as a simple process, it can quickly escalate in complexity as employees move from project to project, team to team and position to position. Therefore, managing access at scale can develop into an arduous and time-consuming task for those responsible for carrying out these changes (which can mean security teams, IT, data engineering or other teams, depending on the organization).

Ideally, a data warehouse should have its data utilized by many teams in the organization in order to drive business and innovation forward. However, usage must always strike the delicate balance between operation and risk. Granting wide access to many teams can raise costs, use up valuable time and pose high risk, especially when third parties are added into the mix. The more data is exposed, the greater the possibility of undesirable outcomes like data breaches, data leaks and exposure of more people to sensitive data. This conflict sits at the heart of data policies.

Let’s start with some useful definitions:

Orders are inserted by an order entry team, which require write-only access to the orders tables. Each shipping operation needs a read-only role to read the orders, while the global warehouse team needs read access across all business unit tables. At the same time, a support team needs to have both the writing permissions of the order entry team and update permissions as well.

Even in such a (relatively) simple scenario, we’re very happy to have Hierarchical RBAC, and roles are planned according to the diagram:

In the diagram above, the securable objects are the tables (orders_bu_1, orders_bu_2, orders_bu_3). The ORDER_ENTRY role has INSERT privileges over all orders tables, and on a higher hierarchy, SUPPORT_1 can do that, as well as update the tables of business units 1 & 2.

On the right side, each shipping role has SELECT privileges on the relevant tables, while the SHIPPING_GLOBAL role has access to all warehouses.

The users can either be assigned manually to the different roles, or more realistically defined in an identity management system. As an example, the COO of the company may have both SHIPPING_GLOBAL & SUPPORT_1 roles, meaning that they can do anything both roles can do (though for each query, the COO will need to select the appropriate role).

Note that Snowflake does not support the notion of groups internally, and instead relies on an integration with an identity provider (IDP) using SCIM (System for Cross-domain Identity Management). By using the SCIM 2.0 API, assigning an IDP group to the Snowflake application in the Identity Provider will create a role in Snowflake that includes the users that are under that group in the IDP.

Snowflake offers great flexibility around access control management, as it offers a combination of DAC (Discretionary Access Control) & RBAC (Role Based Access Control). That means that you can set privileges to specific roles (which you can then assign to users or to other roles, by creating a hierarchy). Users also have privileges as creators (owners) of objects.

Whenever a user opens a Snowflake session (whether through the UI, CLI, a tool, or an application using a connector or a driver), it gets assigned with a role according to the following configuration:

During the course of a session, users can change the current used role by using the following command:

Alternatively, in the UI, they can also change the current role from the definitions located in the top right corner of the UI:

How to set privileges in snowflake?

Finally, assigning our structure is done in SQL commands, as shown below:

What are Snowflake secure views anyway?

Let’s get back to Awesominator Inc., where the privacy officer wants to limit order details to those relevant to the shipping users, disallowing them from seeing the sensitive `id_num` column:

You can also use Snowflake to apply dynamic masking, either with it’s dynamic masking feature (available in enterprise and business critical plans), or configure it manually on your own. For more informaiton, refer to our guide about the different Snowflake data maksing types.

To read more about granular access control in Snowflake, please refer to our specific guides to row-level security and column-level security.

When maintaining an effective security environment, it’s important to not only prevent threats, but also be aware of them; Even if you’re blocking a certain problem, you may still want to take additional measures.

You will want to know when there are unsuccessful attempts to establish a Snowflake session, as they may indicate either a misconfiguration in one of your applications (which may cause unpredictable results) or a malicious attack.

Failed access attempts are retrieved via the LOGIN_HISTORY (for all users) or LOGIN_HISTORY_BY_USER (for a specific user) table functions. These table functions return a table of the login attempts attempted by different users, including useful information such as the IP address of the connecting user, the tool reported by the user’s driver (was it the Web UI? A Javascript driver? etc) and more.

How do you get all failed snowflake logins (failed connection sessions)?

You will also want to follow successful Snowflake sessions, to be alerted to anomalies (such as successful login attempts from unexpected IP addresses or tools). Such anomalies may indicate excessive privilege abuse or legitimate privilege abuse vulnerabilities, which are core issues in database security. As an example, if there is a Snowflake entity (user or role) being used by an application, it would make sense to monitor cases when the connections to it are carried out by human users.

Note that the access attempts dynamic table only shows results from the last 7 days and is limited to retrieving up to 10,000 results. Therefore, it is important to create a job that pulls relevant information from LOGIN_HISTORY and push it elsewhere (for example: failed login attempts can be sent to a SIEM and all login history can be pushed to analytics storage, perhaps even a table on Snowflake itself). Depending on the scale, you may want to perform aggregations to the data, as it can accumulate to quite a lot.

Failed query attempts (for example: when a user tries to access a forbidden securable object) can be retrieved by the QUERY_HISTORY or QUERY_HISTORY_BY_USER commands. You can then filter the results by the ERROR_CODE or ERROR_MESSAGE columns. More on query logs here. Note that if you want to verify which users are accessing a specific resource you would like to restrict, you will need to parse the SQL Queries carried out to determine if those certain objects were accessed.

As you can see in this example, the query history will provide the same log entry when a user tries to access a non-existent object or tries to access an object they don’t have access to. This means that you will need to customize the results to your needs and consider how to handle aggregation, filtering and storage, given that  query logs are also limited to retrieving up to 10,000 results and the last 7 days.

Note that failing to audit these results may lead to a weak audit trail vulnerability, which can make it harder to react to threats down the line.

Snowflake enables identity management using either users defined within Snowflake, or users provisioneddefined by external identity providers such as Okta and Ping Identity, either with SCIM integration, or by SQL queries integration. This allows provisioning of users and rolesfederation of user management, rather than managing them within Snowflake itself, enabling the required roles and applying RBAC over those roles.


The approach of provisioning users is recommended over setting users directly in Snowflake, as it is a more streamlined process for managing user processes (such as onboarding, offboarding and changes in roles). This reduces the risks of having over-privileged users and forgetting to remove inactive users.


In addition, it is possible (and recommended) to manage authentication to Snowflake by IdP’s such as Okta, Azure AD or other SAML 2.0 supporting identity providers. This enables setting Single Sign-On (SSO) for the users, and is recommended, as it provides the same security policies as used in other service providers in the organization, as well as using your own Multi-Factor Authentication (MFA).

Snowflake provides excellent tools to help users engage with it in a secure way. Nonetheless, there are a number of instances where it is important to use an overlay for additional access controls and security visibility, and this is one of the reasons we're building Satori:

Satori can help you achieve significantly more granular network-based access control when deployed in front of a Snowflake environment. For example, using Satori can allow global access to your Snowflake data warehouse while prohibiting access to specific resources (databases, schemas, tables, rows or columns) outside of a certain set of IP addresses.

When deploying Satori in front of a Snowflake environment, you can create column, row and cell-based granular access controls tied to business rules instead of securable objects. This enables easy maintenance of such policies and a gradual roll-out process (beginning with alert-only). You can also achieve easy visibility into the existing data access patterns and violations on the Satori dashboard or through Satori’s listing in the Snowflake Marketplace.

Satori keeps track of logins and sessions to Satori-protected Snowflake environments, enabling security policies to handle such violations as well as enhanced visibility into suspicious incidents. You can also view all your database activities from different datastores via Satori’s Audit.

By using Satori, access control violations (whether in “alert” mode or blocked) are logged infinitely, and security teams can gain full visibility into the violations to take appropriate action.

I hope you enjoyed reading this as much as I enjoyed writing it. If you encounter errors or think of parameters I neglected to review, please feel free to reach out to me on twitter (@kernelXSS) or by email.

Previous A Data, Security and Privacy Engineer Walk into a Conference Room 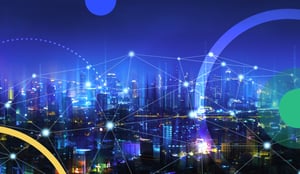 Next Effective Data Protection and Governance in Data Science Environments 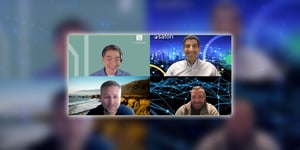